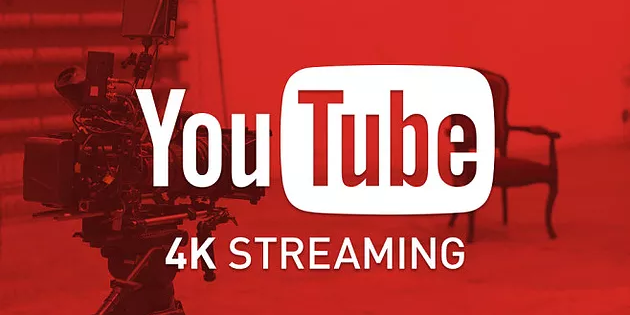 Thanks to the rapid evolution in technology, we as the consumer are able to enjoy better quality of movies and videos which can be easily download or upload.This is especially for the cases of live streaming video which is slowly migrating to produce a higher definition and pixel resolutions. Which means that you will enjoy a better quality of graphic images for a larger TV screen at home or in the movie theatre. But first it is good to know what is live streaming first to get a clearer picture on the differences between 4K live streaming and normal live streaming.

Common example of Live streaming platforms are Facebook and youtube which viewers will see the icon “Live” appear in the screen. Live streaming also applies to online video games in mobile phones, computers or Gaming consoles such as PS4 or Xbox Live where players will interact with each other in real time to complete the game.

One of the advantages for streaming or Live streaming is that you can watch the entire show, listening to music or playing games without waiting for the entire media content to be download in your smart devices but the content will deleted automatically if you didn’t configure In the media settings to download and stored in your device.

4K also known as Ultra HD refers to the pixel resolutions that is four times higher than the normal resolutions found in your HD television or other media devices. A standard HD quality will have the standard pixel resolutions of 1920 X 1080 whereas 4K is 3840 X 2160. This means that watching 4K streaming or live streaming videos will give viewers a clearer and more defined picture than a normal digital video.

Due to the higher pixel density involved, viewers have enjoy viewing the videos that is so life-like as if they are there physically watching the event. On the technical aspects, 4K works well in big screen size, producing the same quality of images whereas normal resolutions has limitations up to 80 inches to give the same quality of video display images.

Especially in 2013 where there is more consumers purchasing the televisions that has the build in function to stream the content easily in 4K resolution. This is the main reason why 4K resolution for live streaming is getting more popular for video production companies to produce their movies, documentaries or videos on live events. Although there are many advantages of 4K videos that caters well for live streaming, the equipment’s cost is higher as videography professionals need to use specialized encoders that support live streaming for the production.

Not to mention the cameras that is 4K capable, servers with huge RAM that allows professionals to upload the data and internet connection with high bandwidth. All this are just the tip of the iceberg for the production of 4K videos.